The Coast of the Trabocchi 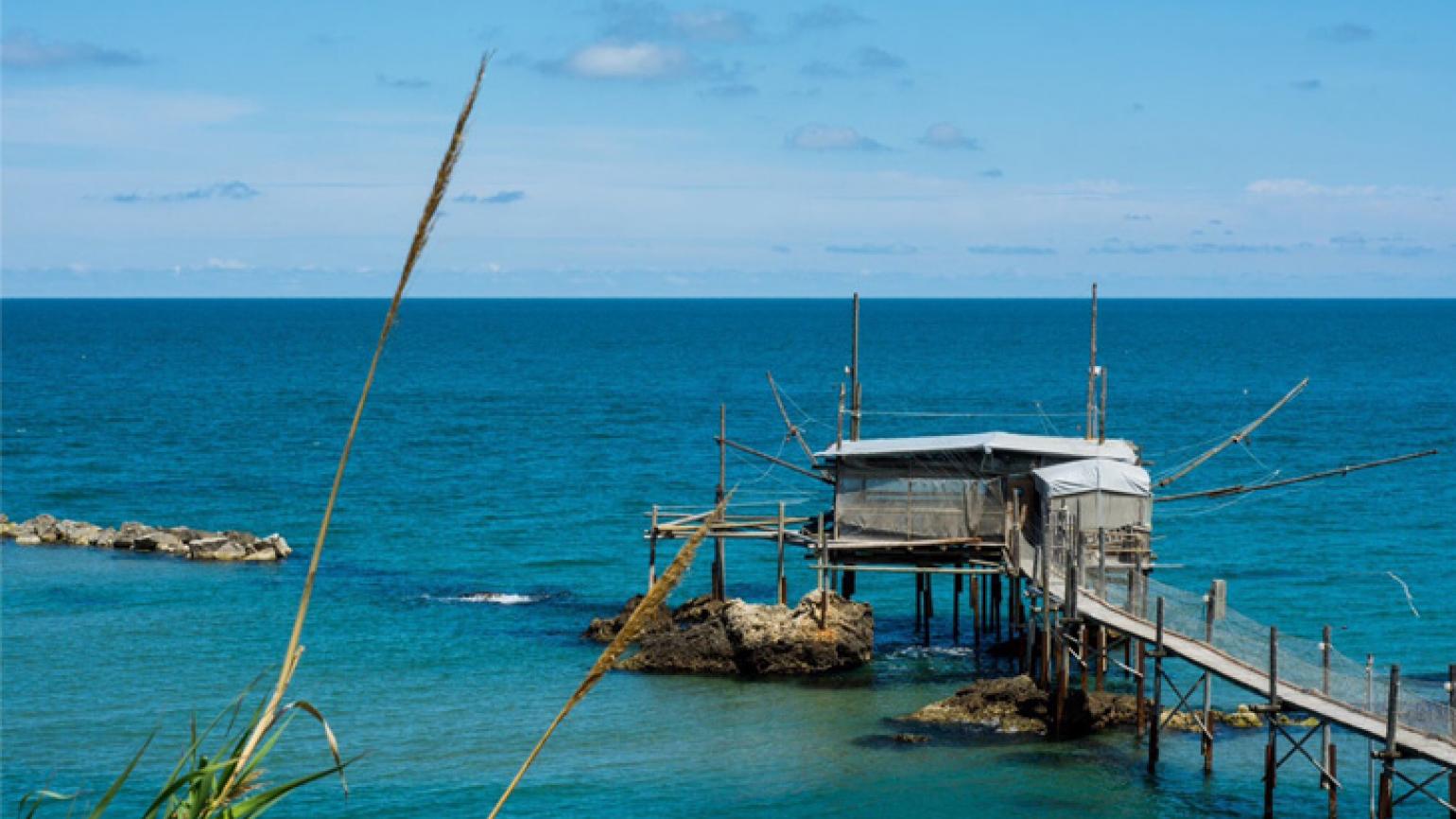 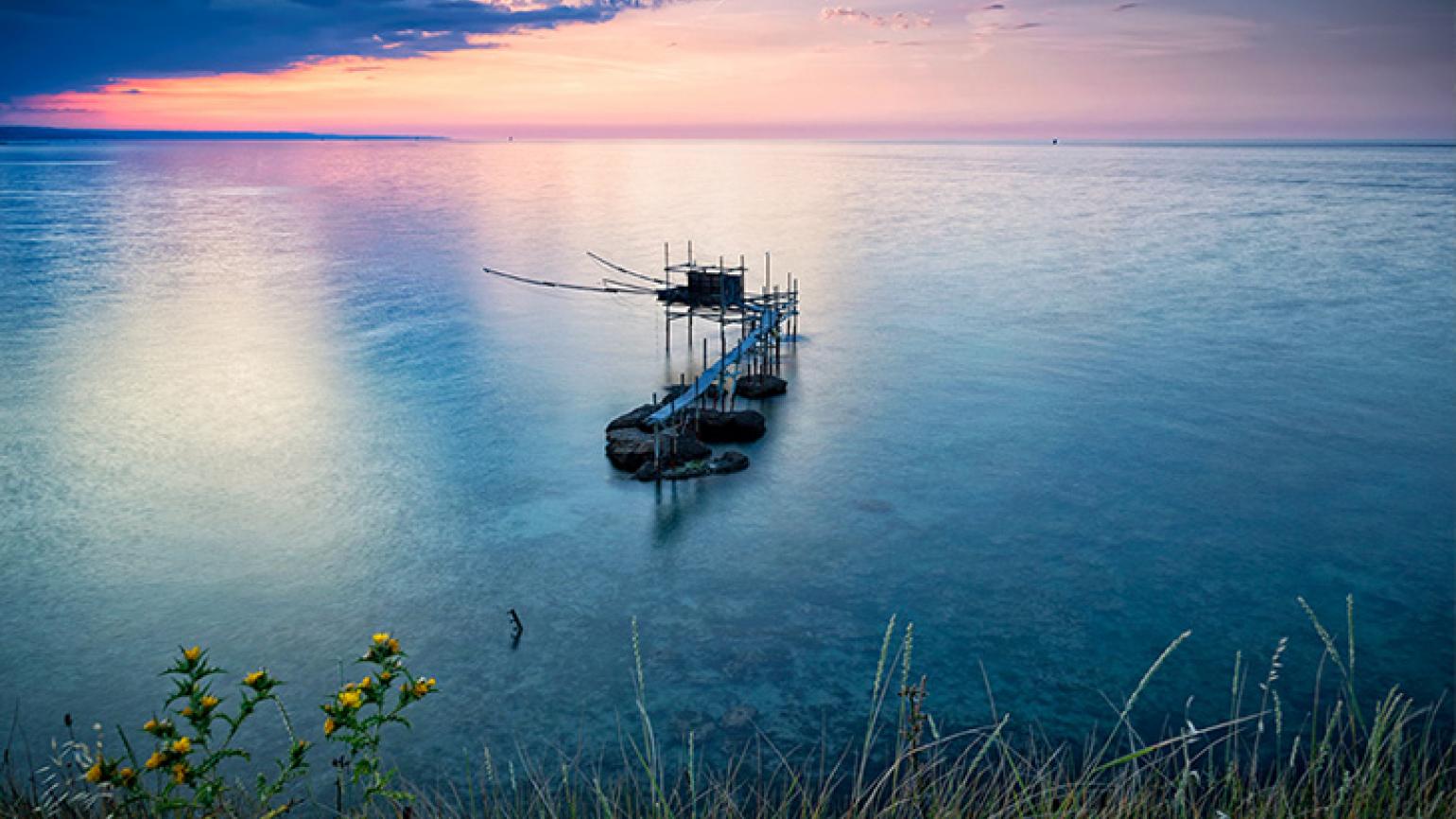 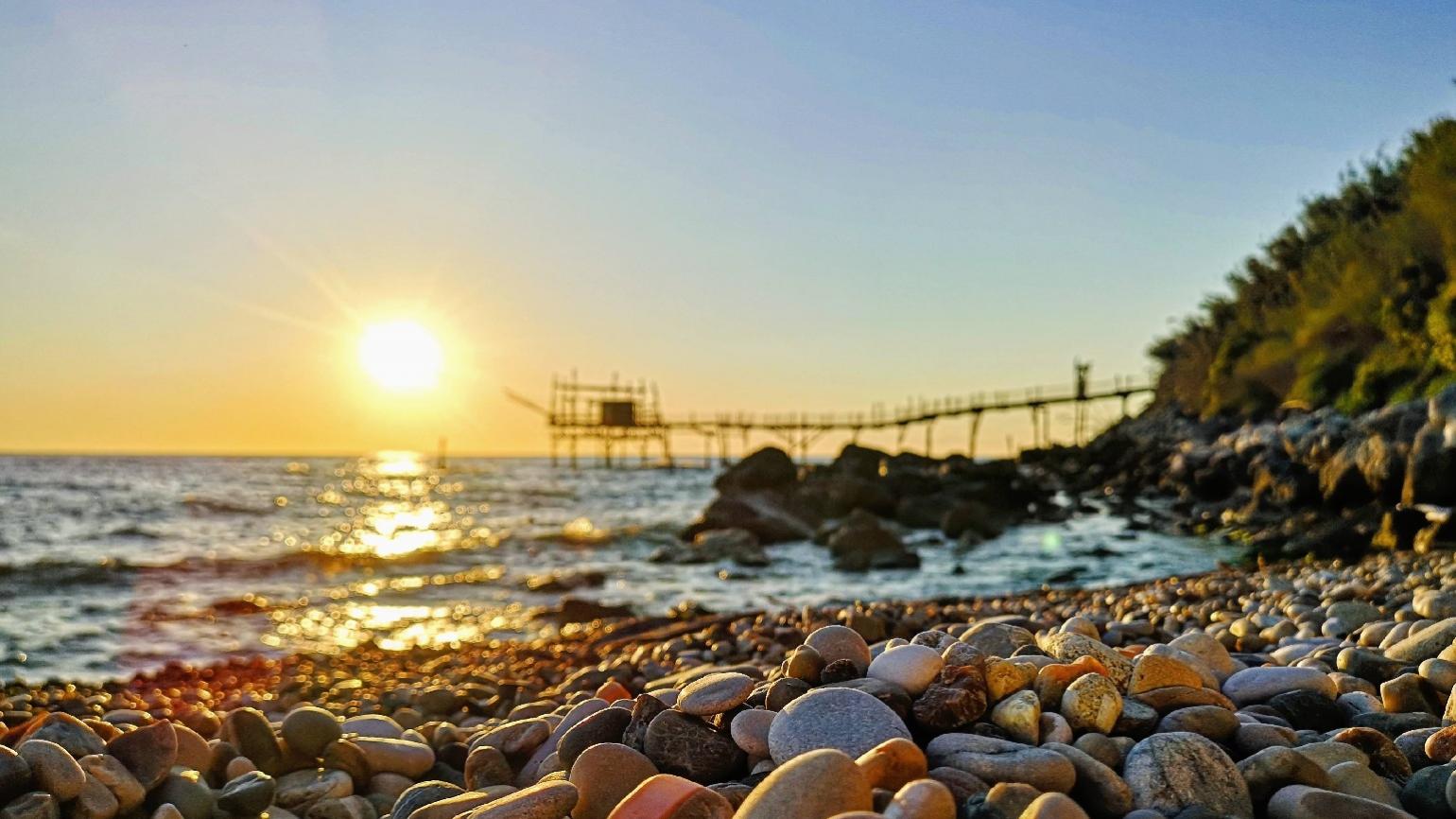 “Leaning out from the rocks, like a lurking monster with its one hundred limbs, the trabocco had a formidable look... The long and persistent fight against the fury and the snare of the sea seemed to be written on the great carcass by way of those knots, those nails, those devices. The machine seemed to have a life of its own, to have an air and the effigy of a living body. The wood exposed for years and years to the sun, to the rain, to the gusts, showed all its fibers, exposed all its harshness and all its knots, revealed all the resistant characteristics of its structure. It flaked, wore out, became white like a shinbone or shiny like silver or grayish like flint, it acquired a special character and meaning, a distinct imprint like that of a person on whom old age and suffering had done their cruel work... "

The evocative metaphors of Gabriele D'Annunzio taken from his Triumph of Death give us the most effective description of the wooden structures of the trabocchi (wooden fishermen’s huts) that dot a stretch of the Adriatic coast near Chieti. Welded to the dry land, they had the purpose of allowing fishing without requiring one to embark on a sea voyage. Today the ‘trabocchi’, some of which have been transformed into restaurants, enhance the romantic atmosphere of the coastal locations.