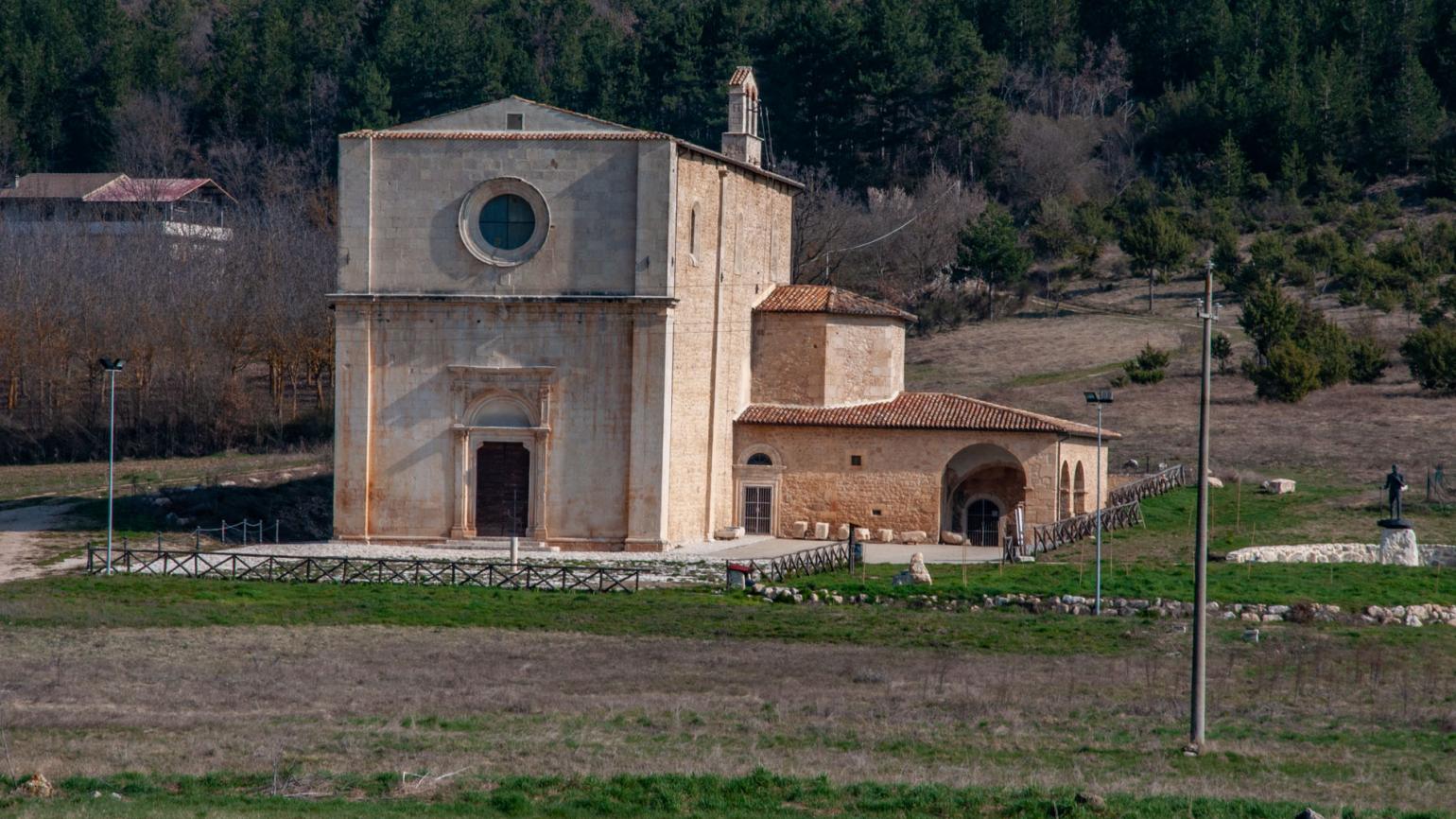 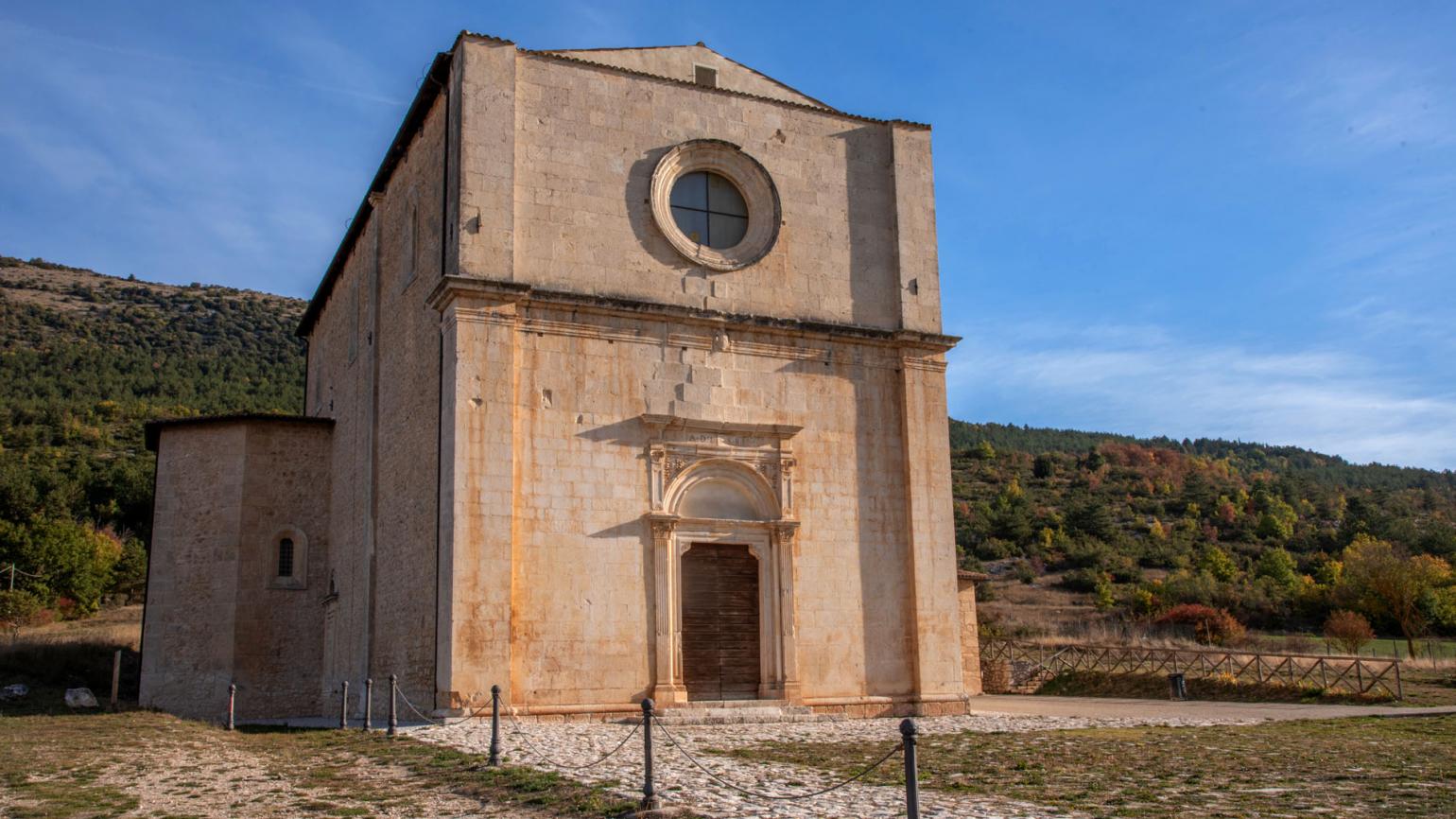 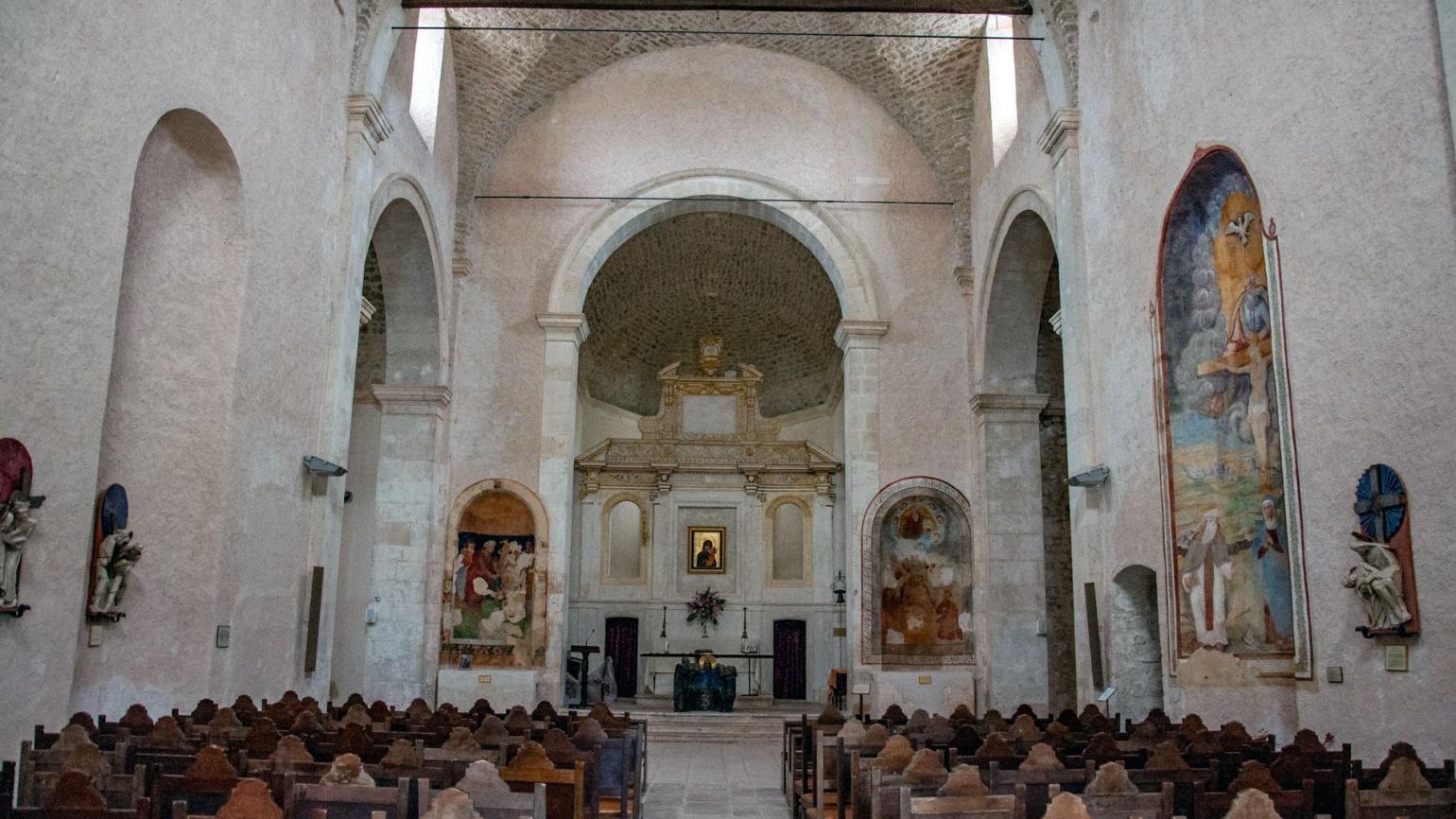 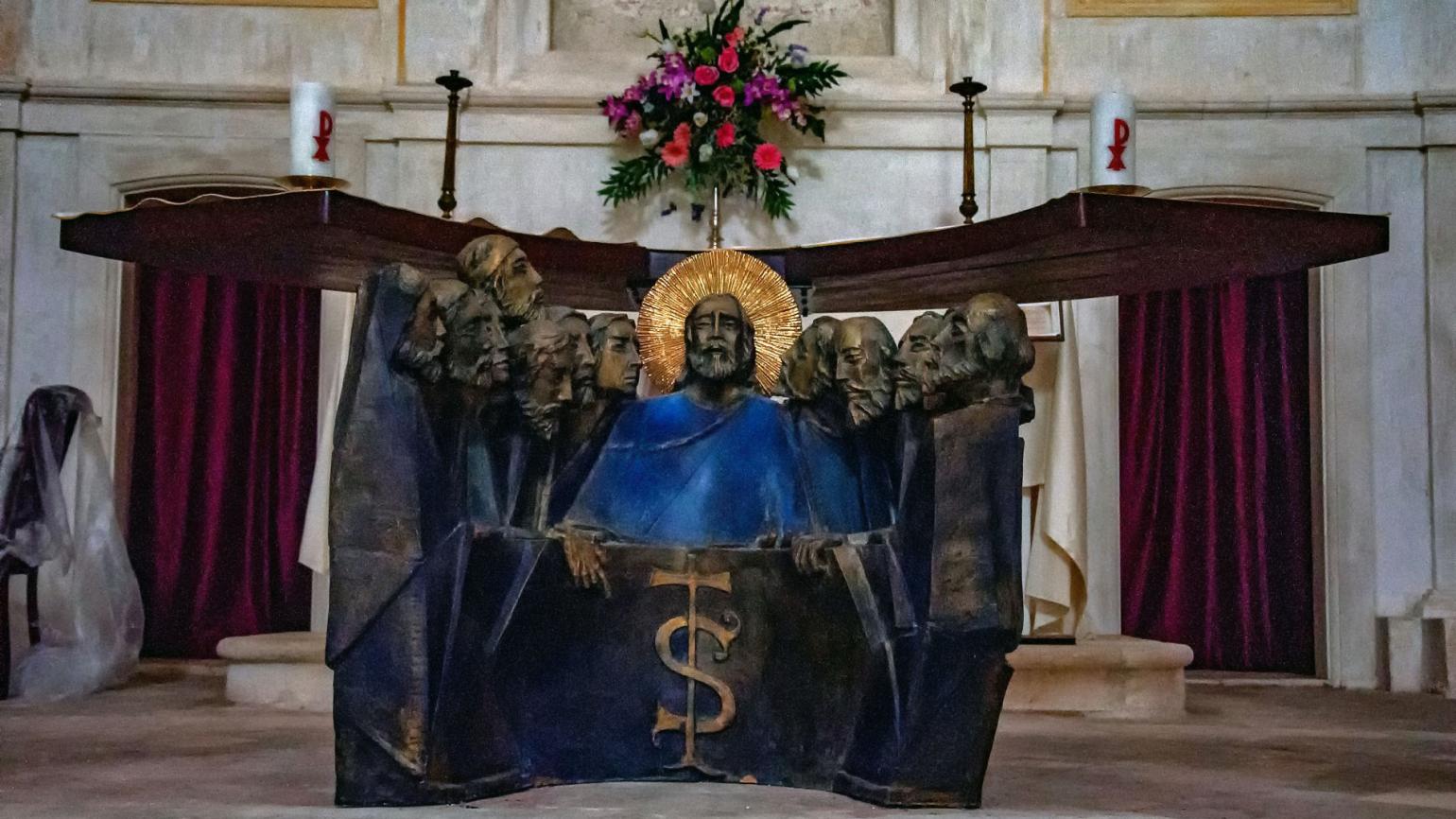 Along the L’Aquila-Foggia tratturo (the pathway followed by shepherds during seasonal herding), at the fork of the secondary branch leading to Centurelle-Montesecco in the territory of Caporciano (Aq), stands a simple, isolated church, magnetic and fascinating. It is Santa Maria de’ Centurelli. It was built on the ruins of the Santa Maria in Coronula church, dating back to the year one thousand, which belonged to the friars of the Cintura. Its name changed many times throughout the years, going from Coronella, Centorella, Scentorella to Incerulae, and Cintorelli. The construction of the church as seen today began in 1502, as a result of a miracle, and ended in 1561. Like other churches present on the principal Tratturo, it represented a rest stop for tired shepherds and their flocks. As they headed towards Puglia, it was a place to take shelter, quench their thirst, and find spiritual comfort. The church is considered an example of typical religious architecture of L’Aquila in the XVI century, timidly Renaissance in style and strongly related to the iconographies of minor buildings of the XVI and XV centuries. It has a beautiful façade, dated to 1558 by an epigraph.

The inside is surprising: modern furniture, sculptures, bas-reliefs live in perfect harmony with the earlier frescoes and the austere solemnity of the building. It has a single nave ending in a polygonal apse with two side chapels that form the arms of the transept. Under a triumphal arch stands the baroque altar.

Abutting the right side of the church is an area where flocks and shepherds would rest and take shelfer.

Every year in August, the Santa Maria de’ Centurelli church is a very important stop in during the Fuoco del Morrone event, part of the Perdonanza Celestiniana (Celestinian Forgiveness). The journey retraces the itinerary that the hermit Pietro Angelerio followed at the end of August 1294, leading from the Hermitage of Sant’Onofrio on Mount Morrone near Sulmona, all the way to Santa Maria di Collemaggio in L’Aquila, where he was made Pope under the name of Celestino V.

Along this journey, the stop at S. Maria de’ Centurelli has a profound significance: the Church is a crossroads between two intangible Human Assets of UNESCO: Forgiveness and Transhumance.