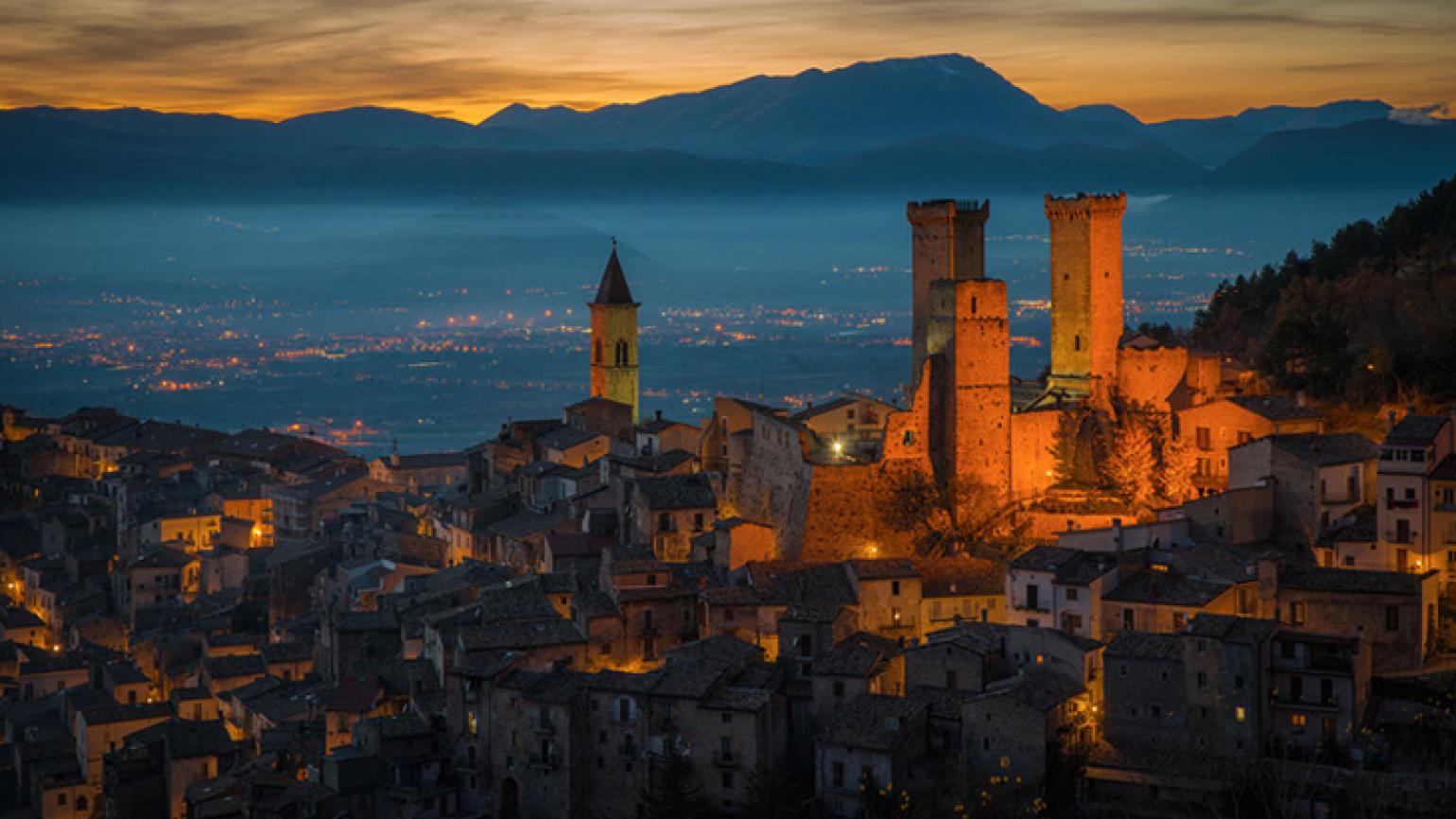 Pacentro (located in the l’Aquila province) is a mountain village in the Majella National Park. Excursions and walks in the surrounding its territory allow for the discovery of wonderful places, such as the Vallone waterfall, Passo San Leonardo, the Grotta (cave) di Sant’Angelo in Vetulis and the Grotta di Colle Nusca where prehistoric artists left their interpretation of a hunting scene sketched in red ocher on the walls.

The village is enclosed in a wall that wonderfully conserves the ancient entrance doors. A walk in the historic center reveals romantic alleys and glimpses of arches, churches, noble palaces with finely decorated portals, an ancient stone wash house, and a monumental fountain. A novelty shows itself with the Preta tonna (or stone of the scandal), which is a large hollowed out stone used as an ancient unit of measurement of wheat. It was used to humiliated insolvent debtors, who had to sit naked in front of those passing by.

The extraordinary castle of the Caldora, from where you can enjoy a wonderful view over the Peligna Valley, dominates the entire landscape. The serene and fairytale atmosphere of the day becomes magical, intriguing, and almost ghostly with the evening lights.

Pacentro is a village rich in traditions: among the most revered events are the famous and ancient “Corsa degli Zingari” (Gypsy Race) and the historical re-enactment of the “Caldoreschi.” Interestingly enough, it is also known for being the birthplace of the grandparents of Veronica Ciccone, the singer Madonna.